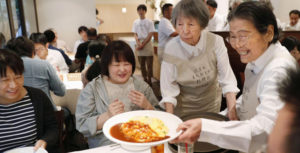 Tokyo restaurant “The Restaurant of Order Mistakes”, invited waiters and waitresses, all of whom have dementia, to volunteer their time in the lead up to World Alzheimer’s Day 2017. The experience served up joy and laughter!

Tokyo restaurant “The Restaurant of Order Mistakes”, invited waiters and waitresses, all of whom have dementia, to volunteer their time in the lead up to World Alzheimer’s Day 2017.


Event organiser Shiro Oguni said the aim of the event was to “deepen awareness of dementia and change perceptions about the condition” and while organising a restaurant of this nature was “not that simple“,  he hoped the waitstaff would find the experience rewarding. He also hoped it would allow people with dementia an interactive experience in a safe environment, where they need not fear the consequences of any errors they may make.

Kazuo said he was grateful for the opportunity given to his wife, who had stopped playing piano after being diagnosed, and that playing at the restaurant had ”restored her confidence”.

Yoko Kono, 78, and Hideko Maruyama, 82 were among the seventeen waiters and waitresses on rotation.

“It was fun,” Hideko said during a morning break at the restaurant. By the afternoon, she seemed to have forgotten about the waitressing she had done that morning, but was eager and willing to help when called upon to serve again. Her co-worker Yoko, was all smiles when asked about her tasks.

Aiko, another volunteer waitress, was asked why she chose to participate.

Aiko said she had “worked in school childcare for a long time and was accustomed to cooking for children” and “thought that I could do it”. After the event, she commented that it is was “good to do something new. Somehow, be excited”.

Enjoyable interactions and being treated with kindness were not lost on wait staff, or on the diners.

Shiro said the response from diners was positive, and he found it reassuring to hear positive comments such as ‘happy to be with‘ and ‘comfortable’.

One diner, Hideyuki Fujimi, who travelled some distance to enjoy a meal at the restaurant, said ”I could feel the hospitality of the staff and the care they took”. His friend Naoya Muto described the atmosphere at the Restaurant as “jovial”. 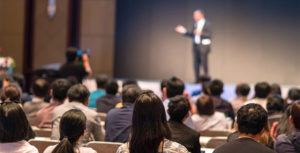 This guide offers practical advice and recommendations, as well as links to other resources, to help organisers ensure people with dementia are included on an... 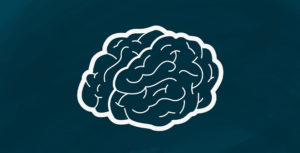 The Delirium Clinical Care Standard provides guidance on delivering appropriate clinical care to patients at risk of developing, or with, delirium in hospital