In one of the first hearings of the Royal Commission in Adelaide, Dementia Australia CEO Maree McCabe called for mandatory dementia education for all dementia care workers. Some people may find it surprising that this doesn’t happen already.  Successive government investigations dating back to the Productivity Commission in 2011 have highlighted inadequate levels of dementia education. Again in 2016, the Census of the Aged Care Workforce highlighted dementia as a priority area for workers seeking education.

Given the current packaging rules in relation to the Certificate III in Individual Support, there is often little or no dementia education included as part of this training. The extent of this issue is difficult to quantify with no available data on the levels of dementia education in the aged care workforce.

Too many care workers in Australia are working with people living with dementia without the necessary skills and knowledge they need, potentially leading to poorer outcomes for consumers and reduced job satisfaction for staff.

The establishment of Dementia Training Australia (DTA) in 2016 created for the first time a national dementia education service unique in the world, providing a comprehensive suite of online and face-to-face training programs for the direct care and allied health workforces.

Dementia Australia delivers on behalf of DTA the three-day vocational training course Dementia Essentials. The program reached more than 5000 care workers last year alone. While that’s an achievement in itself, it needs to be put in the context of 240,000 aged care workers in Australia.

Dementia Essentials provides a foundation in how to provide person-centred care for people living with dementia. It achieves this through providing participants with foundational knowledge about the nature of dementia and its impacts, and explores concepts of effective communication, identifying unmet needs, understanding changed behaviours and developing effective responses, and activities to promote wellbeing.

We repeatedly receive feedback from staff who have participated in the course, about the changes that Dementia Essentials has encouraged them to make in their workplaces. One participant said the course gave her the confidence and skills she needed to return to a dementia wing after some time away. She was able to support a resident who was often irritable by communicating in a way that met his needs and showed that she understood him.

Another participant began a ‘bucket list’ program at their workplace, starting with a blind person living with dementia who wanted fish and chips at the beach.

Whilst the Dementia Essentials is a highly valued program achieving great results for participants, this can only be sustained where there is the right culture of care in their organisations which is the product of good leadership.

The work that DTA does through its Tailored Training Packages can enable a specific program of training to be developed to address the specific needs of a provider, assisting them to achieve their change objectives. We are currently working with more than 300 aged care sites across Australia on these training packages.

It is pleasing to see that a growing number of aged care providers are recognising the importance of dementia training that delivers real change. Many of them are striving to do their best, within a system that has shortcomings and in a society that has not placed enough value on the care of our elders.

Let’s hope that, through the Royal Commission, we see much-needed transformation in the system, and adequate training for those who work in dementia support and care.

David is based at Dementia Australia in Melbourne. 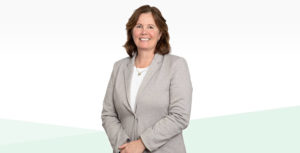 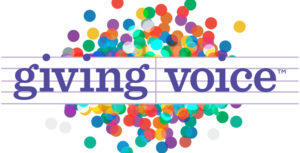 Giving Voice Chorus is a choir program for people with dementia and their care partners.