A new paradigm is on the horizon

Today, on World Alzheimer’s Day and in the week when the Royal Commission on Aged Care was announced, we may find ourselves thinking that it is time for things to change in Australian aged care.

Today, on World Alzheimer’s Day and in the week when the Royal Commission on Aged Care was announced, we may find ourselves thinking that it is time for things to change in Australian aged care.

Despite the gloom caused by the recognition of the need for a Royal Commission, there are clear signs that things have already started to change for the better.

Perhaps we can allow ourselves to feel a little hope and optimism that we are moving to a new paradigm in which a sense of meaning and belonging among older Australians and those who care for them will be increasingly valued.

In the Aged Care Workforce Taskforce Strategy released last week, taskforce chair Professor John Pollaers OAM highlighted “the beginning of transformational change”. The taskforce, of which Dementia Training Australia Director Andrew Robinson is a member, recommends a social change campaign to reframe caring and promote the aged care workforce. It identifies significant opportunities for industry and organisations to take the lead in shaping the future of the industry and its workforce.

One opportunity is the introduction of the new Aged Care Quality Standards on 1 July next year.

These are not new concepts in aged care, but they are increasingly being embraced by providers as we move to a new paradigm; away from clinical, facility like environments, and towards home-like environments in which residents can experience meaning and belonging.

Earlier this month, aged care provider Warrigal was named Provider of the Year in the Aged and Community Services Australia National Aged Care award. Warrigal was recognised for its workplace culture and innovation, among other things, and its new customer service model, piloted at Shell Cove in NSW, is about relationships, choice, a sense of purpose and a feeling of belonging.

Dementia Training Australia works with Warrigal and many other change-ready organisations across Australia on Tailored Training Packages (TTPs) which combine environmental design and staff training, and aim to bring about real, sustainable change within organisations through knowledge translation and capacity building.

All of our training is underpinned by a ‘salutogenic’ approach, which focuses on factors that support health and wellbeing, rather than the pathogenic focus on disease and illness. In the context of dementia care, a salutogenic approach is about finding opportunities for a person with dementia to live as full a life as possible. A good example is a case study on our partnership with aged care provider Scalabrini, profiled during World Alzheimer’s Month in the Every 3 Seconds campaign.

We see the salutogenic approach as being very much aligned with the directions set out in the Aged Care Workforce Taskforce Strategy and the Aged Care Quality Standards.

Why is this so important? Professor Pollaers put it very well in reference to the title of the workforce strategy, A matter of care.

“A matter of care is for all Australians, because the way we care for our ageing is a reflection of who we are as a nation. How we care says who we are.” 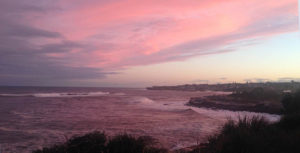 Bedtime to Breakfast: caring at night for people with dementia

Dementia Training Australia is offering a new online course for shift workers who care at night for people with dementia.

An online video series to educate dentists and their teams on best practice care for people with dementia.